I’m spending my summer holiday at home. There’s no better time to enjoy the garden than a lazy summer day. 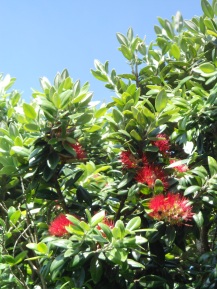 We had a small display of Christmas flowers on our pohutukawa this year. 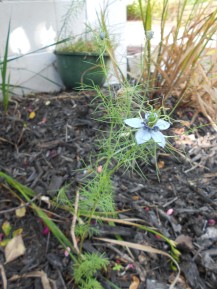 I love these blue flowers with their shell of protective spikes. Does anyone know what they’re called? 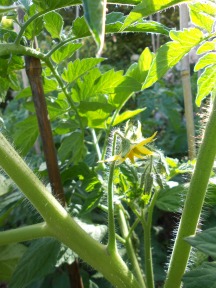 This is the first year I’ve had a proper vegetable garden. As if my learning curve wasn’t steep enough, I decided to try my hand at raising plants from seed for the first time too. I planted everything out a little late, but we’re just starting to see the first tomatoes and courgettes come through! 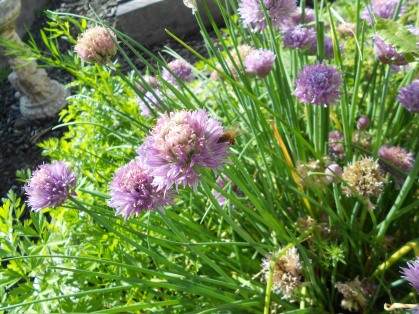 The bees are enjoying these chive flowers as much as I am. 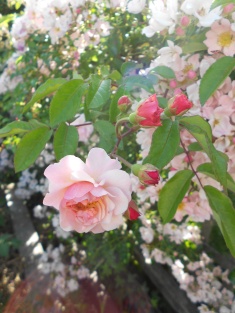 I’ve been stabbed more times than I care to admit by this beautiful rose. 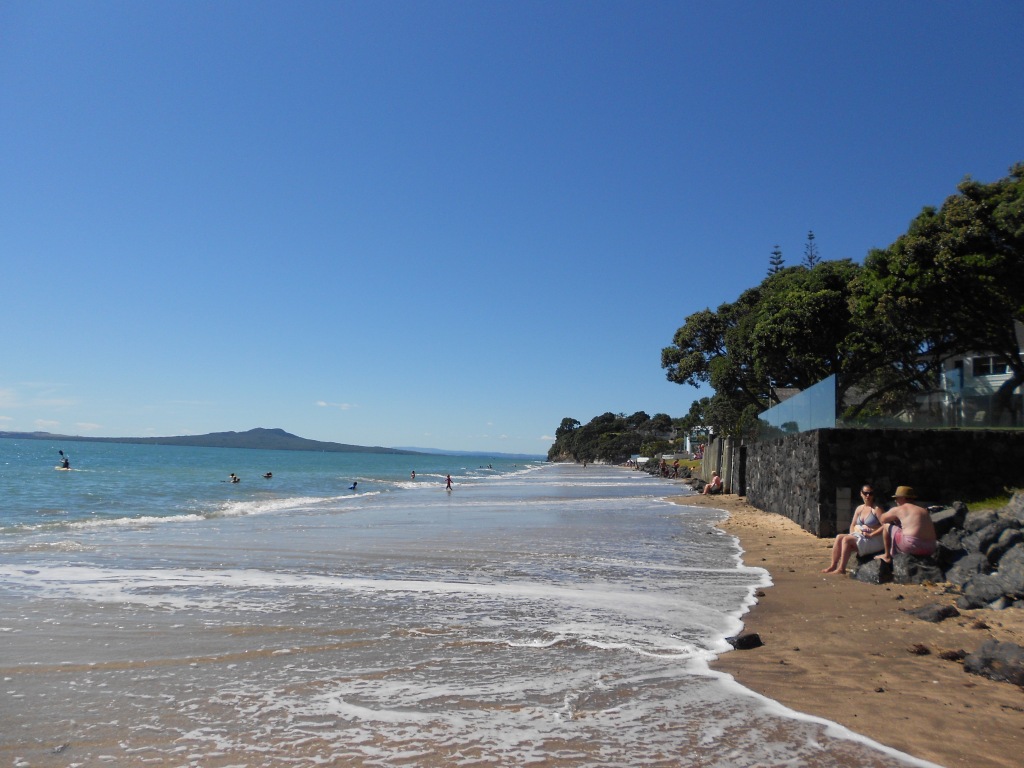 This weekend Auckland will experience a King Tide — an unusually high tide that arises from the combination of gravitational factors.

All tides depend on changes in the moon’s gravitational pull as the moon revolves around the Earth. The sun also plays a role, so during a full moon or a new moon, when the sun and moon are lined up, higher than normal tides called “spring tides” occur. When a spring tide occurs while the moon is at its closest to the Earth, the extra strong gravitational pull results in a very high tide called a “king tide”.

A king tide also occurred in February last year, and I headed down to my local beach with my camera to check it out. Plenty of people were had already enjoying the beautiful summer’s day at the beach, but there was precious little space for them to set up on the sand. In fact, I could only find about 1 square metre of sand on the entire beach that hadn’t been drenched by the incoming waves. One enterprising woman had built a moat and wall to protect her towel from the oncoming water.