I made it through nine days of NaBloPoMo. Then I decided to call it quits.

The truth is, I was really enjoying the opportunity to write every day. But at the same time, I value my time away from the computer too. I spend all day on a computer at work, and I’m aware that giving my body the chance to do something different during my time off is important for my physical well-being.

I usually set aside a few nights each week as computer-free time. I thought I could get away with stopping this practice for a month, but I came to the realisation that spending every evening online just doesn’t working for me right now. And writing about well-being while ignoring my own is more than a little hypocritical!

Having said that, I will continue to write and post each week. I may be bowing out of NaBloPoMo, but I certainly have plenty more I’d like to share over the next weeks and months.

The last few years has seen an ass-load of media coverage about the housing affordability crisis in Auckland. The median price of a house in Auckland is now 7 times the median salary of an Aucklander, compared with 5 times in 1998… And quite frankly, the thought of saving enough money to place a deposit on a decent house* in a decent location** and to service the mortgage for three decades afterwards*** terrifies me.

For this post I want to focus on one aspect of the housing affordability debate that never seems to get much coverage: What exactly is an affordable house?

The most common measure is that affordable housing should cost no more than 30% of household income.† However, I’ve seen different sources report this as either pre-tax or post-tax household income, and in some cases the cost of power and water are included while others refer only to the cost of rent or mortgage payments. Often, none of these variables are mentioned at all. Depending which combination of criteria are used, my current housing costs are between 25% or 40% of my income (for rent only as a proportion of gross income, or rent plus utility bills as a percent of net income, respectively), so clearly defining the criteria of housing costs and household income makes a significant difference to the proportion of people who have access to affordable housing.

Furthermore, why is the percentage of household income used as the affordability threshold in the first place? Let’s say household A earns $50,000 per year, while household B earns $150,000, and both spend 30% of their income on housing costs. Household A has $35,000 leftover for all other living costs, while household B is left with $105,000, i.e. three times as much as household A. That $70,000 difference will make a huge difference in the overall lifestyle and living standards of the two families. It seems to me that overall living costs, and the availability of a living wage, are more important considerations for assessing affordability than the proportion of income taken up by  any one living cost in isolation (e.g. housing, food, or travel).

In my next post on housing affordability, I’ll discuss the different ways that housing costs can be measured, which are cause for debate about whether housing in Auckland is actually less affordable than it was a generation ago.

* i.e., not falling apart
** i.e., where most of my transport needs can be met without using a car
*** i.e., most of the remainder of my working life
† Although it’s worth noting that in the first half of the 20th century affordable housing was considered to cost no more than 20% of household income

Cultivating a sense of gratitude is widely acknowledged to be good for us, and many well-being advocates suggest regularly taking note of what you are grateful or thankful for.

I’ve been making daily gratitude lists on and off for several years now (although I must admit my “gratitude” lists tend to have a broader focus, encompassing things that I’ve enjoyed and that have made me happy, as well as things that I am thankful for), and I’ve found it’s a particularly useful practice for getting me in a good frame of mind before bed.

Going forward, I plan to share my favourite gratitudes from during the week on this blog. Some of the things I’m grateful for will be big, important things; others will be silly little things. I can warn you in advance that there will be repetition! I am invariably grateful for sunny days, ocean views, and the love of those around me.

So, what am I grateful for this week?

What are you grateful for this week?

Some days are harder than others. Just getting out of bed is a struggle, and the thought of stepping outside the house makes your soul retreat into the dark and curl in on itself like a baby hedgehog.

But still, you have your obligations: work and family, housekeeping and that damn ukulele course you signed up for. And so you get on with things.

You survive the day at work, making sure to take your lunch break outside in the sunshine where office workers are lounging on the fresh spring grass.

On the way home you’re irritated by the jazz buskers outside the corner bar; nevertheless, you’re grateful that they’re there injecting some life into the city.

You drag yourself along to that ukulele course – and guess what: you have a blast! Even missing your bus home turns out to be fortuitous; while waiting for the next bus you enjoy the most amazing mug of hot chocolate you’ve ever had. It’s decadently frothy and heaped high with fresh chocolate shavings. Delicious.

So do not forget, even on the hardest days the little things will make you smile if you let them. You are stronger than you know.

Single-use plastic bags are undoubtedly bad, not least because of their deadly impact on marine life. But my gripe today is with the most common alternative: the reusable grocery bag. 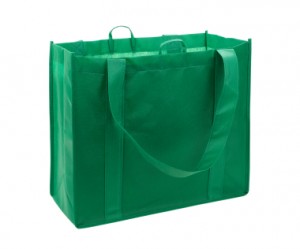 Because reusable bags are bigger and more robust than plastic supermarket bags, they are more energy intensive to produce and transport. Of course, the waste they reduce through repeated use more than compensates for their initial energy investment. Over one year, replacing single-use plastic bags with woven HDPE (high density polyethylene) reusable bags is estimated to result in a 90% saving in energy use and greenhouse gas emissions.

The trouble is, I’ve managed to accumulate way more of these reusable bags than I can ever conceivably use — and I’m sure I’m not the only one who has! Most of my excess bags were donated by well-meaning family and friends. I only need a few bags for my weekly grocery shop, so the rest just languish at the bottom of a drawer until the next time I move house. It frustrates me that all the energy and materials used to create these spare bags is wasted.

The moral of the story? Consider clearing out that bag drawer and donating any excess bags to others who may need them. And if you have all the reusable bags you need, but you occasionally forget to bring them shopping, remember that accepting single-use plastic or paper bags (and disposing of them correctly) will likely have a lower environmental impact than buying yet another reusable bag.

P.S. On a related note, I saw this kick-ass canvas bag on the bus today:

I’m not taking part in Photography 101 this month — I’ve always been more of a writer than an image-maker — but I was inspired by the prompt to take a photo of something symbolising “Home”. The concept of “home” and what it really means is a theme that’s popped up in all sorts of media I’ve encountered this year. And having a sense of home, whether it’s a place, an object, a person, or simply a feeling, is essential for our well-being.

This year I’ve had a real yearning for home, which I’ll explore in depth more another time. But one important aspect of home for me is family. The cute box I’ve photographed was an engagement gift from my brother, and thus represents a link between my family of origin and the new family I’m creating. It sits on the windowsill in my little apartment, and helps make the place feel more homely.